Dr. Edgar A. Barnett began his medical career in England, practicing under the National Health Services until 1966 at which time he emigrated to Canada. He continued his medical practice in Kingston, Ontario, Canada, as a certified medical practioner, Chairman of the Department of Family Practice at Kingston General and Hotel Dieu Hospitals and lecturer at Queens University. 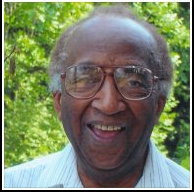 Over the years Dr. Barnett has given many workshops in countries such as Canada, UK, USA, Sweden, Holland, Denmark and Australia. He has authored numerous articles that have been published in a variety of hypnotherapy journals. He is also the author of three widely acclaimed books, “Unlock Your Mind And Be FREE!”, “Analytical Hypnotherapy: Principals and Practice” and “RRP”  (Rapid Reintegration Procedure).

Dr. Barnett travelled to Budapest, Hungary to chair a world conference on hypnotherapy.

Dr. Barnett travelled to the USA once again in 2006 to give workshops in his newest treatment procedure “The Rapid Reintegration Procedure”. This procedure and the book he published has created a lot of interest in the hypnotherapy community and has received great reviews.

In 2015 Dr. Barnett retired from his active daily practice of Hypnotherapy and Psychotherapy in Kingston, Ontario, Canada.

Born London, England and trained as Family Physician. Practiced under the National Health Services until emigrating to Canada in 1966.

Awarded the Certificate of Family Physicians of Canada (CCFP) following examination in 1972.

Practiced Family Medicine in Kingston, Ontario Canada until 1973 when he restricted his practice to hypnotherapy.

Past President of Ontario Society of Clinical Hypnosis

Past Secretary and Vice President of the American Society of Clinical Hypnosis.

Awarded Diploma of the American Board of Medical  Hypnosis.

Elected Fellow of the American Society of Clinical Hypnosis.

Author of several papers published in different journals of hypnosis.

Author of three books on hypnosis:

‘Unlock Your Mind and Be Free’

Has given workshops in the United States, Canada, United Kingdom, Holland, Sweden, Denmark and Australia.

Co-chaired a world conference on hypnosis in Budapest, Hungary in August 1996.

Special Guest Presenter at a conference on hypnotherapy in Porto, Portugal October 2016.

Founder and patron of the Kingston Chamber Ensemble 2012 -2015